We are working with the Shire to urgently address the issue of sedimentation in Balcombe Creek.

Please download our brochure for more information, and consider joining us in restoring and preserving the estuary and reserves.

Recently we completed the restoration of the North Bank of the Reserves (located on Maude St), by either burning or cutting down mainly coastal tea tree, which was preventing original indigenous flora from growing.  We are now focused on maintaining the diversity which arose from these actions and preventing weeds from entering the area.  Photos below show the progress of the bushland regeneration over recent years. – April 2013 to August 2016 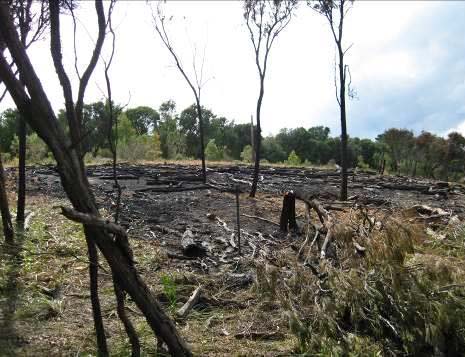 In 2013, we constructed a bird hide on the north bank of the Reserves, near the Esplanade bridge, with the assistance of the Shire, Bunnings Mornington and Rotary of Mt Martha.

Earlier burns were conducted in the Bunyip area (near the pre-school).  One was successful.  One could not be burned, so it had to be mulched.

Working with Rotary, we replaced the signs along the boardwalk.  We have also replaced all the signs in the old Campground.

We worked with teachers and classes at four local primary schools to create murals of birds and animals of the estuary.  These have been placed around the fireplace areas in the Campground.